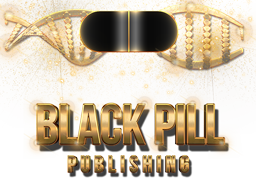 No products in the cart.

fbFacebooktwTwitterytYouTube
The Fairy Tale Reality of most men

The vast majority of men actually live with a media and female-influenced idea of the dating market that is not only flawed, but simply misleading. Hollywood movies regularly show how the socially awkward or unattractive, preferably overweight man manages to get the stunningly good-looking woman in the end through his charming manner and good character. Apparently, one only has to be nice, funny and courteous, preferably “just oneself” and sooner or later the dream woman falls for the average man despite better options, so he just has to buzz around her long enough.

This “strategy” is flanked by self-statements of womankind blowing the same horn: if they are asked what is important to them in a man, you get the same statements over and over again about intelligence, humor, charm, attention, honesty and similar feel-good nonsense, but rarely what really gets them going.

Blue Pill dating describes the great mass of men who don’t pay enough attention to their target group, are misguided by the media’s interpretive sovereignty, and therefore navigate the dating market through trial-and-error unsuccessfully and without knowing why, until by chance something unsatisfactory turns up that they get divorce-raped by, or they give up in frustration. The state of men in the Western world has thus reached an evolutionary-historical low point.

The exact opposite of what actually works

If you ask women what they want and what a man has to bring along to be interesting for them as a partner, you usually get mostly false information. Numerous studies show that there is a huge gap between what women say and how they ultimately act. You can watch hours of YouTube videos of women advising men what is most important to them and what women pay attention to first, it’s always a monkey dance around the bush, where everything possible is mentioned, just not what really counts. For example, women say it’s especially important that the man is friendly and smiling, has an open pose, good footwear, a sense of humor, self-confidence and a great personality, although it’s completely obvious that none of that matters if she doesn’t like him from the start. Those who cite appearance even go the extra mile to emphasize that it doesn’t mean physical appearance, but his style of dress or how well groomed he is. It’s as if there’s a universal cross-woman program going on that tempts women to hide their true preferences, probably to avoid appearing superficial. You can’t even chalk it up to them being fake: unfortunately, they believe it themselves, making them the worst dating coaches the market has to offer.Those who go into battle armed with women’s tips will be slaughtered by women.

Back to home
The Placebo for men who have woken up

The Red Pill Community believes that women can be seduced solely by certain behaviors. They copy the behavior of so-called “naturals” (men who seduce women without any problems), synthesize programs and routines from them, and promote them as the key to a woman’s heart. With an unsurpassed coping mechanism, they ignore that Naturals are among the top 10% of men by looks and that it doesn’t matter much what someone like that says to women; Naturals get away with things that anyone else would get a sexual harassment charge for. The self-designation “Red Pill” implies an ideological sense of superiority to the Blue Pill, but this is pure wishful thinking. Both pill worlds are characterized by continuous failure of their followers, despite the fact that they follow all recommended strategies, and no one in the Red Pill wonders why that is. But we’ll tell you: it’s a placebo! The Red Pill firmly believes that by watching Superman you can jump off a skyscraper. For the most part, they’ve just replaced one matrix with another.

In their defense, it must be said that there are perfectly viable concepts and accurate understandings of women in the theoretical manosphere. But on the one hand, there is just as much nonsense there and on the other hand, most of it only plays a minor role if you don’t even get to apply the theory in the first place due to a lack of attractiveness.

Back to home
Make money out of other people’s desperation

When a Blue Pill man leaves the Disney fairytale castle after years of unsuccessful dating attempts, a bevy of sleazy dating coaches are already lurking just outside the gates, drooling and rubbing their hands over this new unsuspecting victim. They hold up their sales signs of empty promises: “with my magic formula you’ll get any woman,” one of them yelled; “become an alpha prince in 7 days,” yelled another. “Great!” the Blue Pill man thought to himself. “For years, in the Disney castle, I believed the nonsense that the right woman will come automatically. And here, right under my nose, are spells and potions being sold to make my wildest dreams come true!” At the neighboring market stall, a heated discussion caused a stir. “I’ve been buying your magic formulas for many years, but none of them have worked yet!” grumbled an older gentleman with a beer belly and a half bald head. The Blue Pill man was confused, but was immediately reassured by his dealer: “It’s the old man’s own fault. He didn’t shake the potion the right way before he drank it. Don’t worry, I’ll teach you everything. For only 4000 gold coins, your life will change starting tomorrow!” And so began the journey of the Blue Pill man in the Red Pill world. And if he has not died or become poor, he is certainly still traveling today….

Back to home
The harsh reality of the Dating Market

Your success with women is mainly determined by your looks and status. While the latter is still socially accepted and common knowledge – not for nothing do men constantly try to impress women with status symbols – the primacy of looks is denied by hook or by crook. It’s uncomfortable; it doesn’t ring true because highly superficial. A person’s character should be paramount, because that’s what we can work on. This is interpretable and changeable, while a weighty part of the exterior has simply been laid in our cradle. In this way, one of the greatest coping mechanisms of our time has come into being. Blue Pill and Red Pill are based on this self-deception.

This truth has been constantly brought home to us since our teenage years, when the pretty boy is constantly swarmed by a bunch of enthusiastic girls, while no one wants to sit next to the pimply nerd. To realize this would mean having to admit that one was virtually born into a caste system based on looks, from which there is hardly any escape and in which only the upper noble class lives in luxury, while all the rest has to make do with scraps or go completely empty-handed. So perhaps it becomes understandable why nobody wants to admit this and every hint at it is condemned as limiting belief.

So now you have two options: you can continue to fool yourself and either wait until the dream woman magically stumbles into your life or, after the ten thousandth rejection, one happens to respond to your advances. Or you can accept the unpleasant reality, but now at least know what actually influences your success. And once you do, we’ll take away another misconception you have: you don’t have the slightest idea of how much you can improve your looks and what level of attractiveness you can actually elevate yourself to. And since other men prefer to rely on their alpha behaviors or fate, you basically have little competition either.

Back to home
To make it easier for you to use our site, we use cookies. These include cookies that are necessary for the operation of the site, as well as those that are used for anonymous evaluations or to display personalized content and for marketing purposes. You can decide for yourself which categories you wish to allow and which you do not. Please note that based on your settings, not all functionalities of the site may be available. For more information, please see our privacy policy
ACCEPT
Manage consent

This website uses cookies to improve your experience while you navigate through the website. Out of these, the cookies that are categorized as necessary are stored on your browser as they are essential for the working of basic functionalities of the website. We also use third-party cookies that help us analyze and understand how you use this website. These cookies will be stored in your browser only with your consent. You also have the option to opt-out of these cookies. But opting out of some of these cookies may affect your browsing experience.
Necessary Always Enabled

Any cookies that may not be particularly necessary for the website to function and is used specifically to collect user personal data via analytics, ads, other embedded contents are termed as non-necessary cookies. It is mandatory to procure user consent prior to running these cookies on your website.